“Finding Someone Else” (Music from Beyond Expectations) 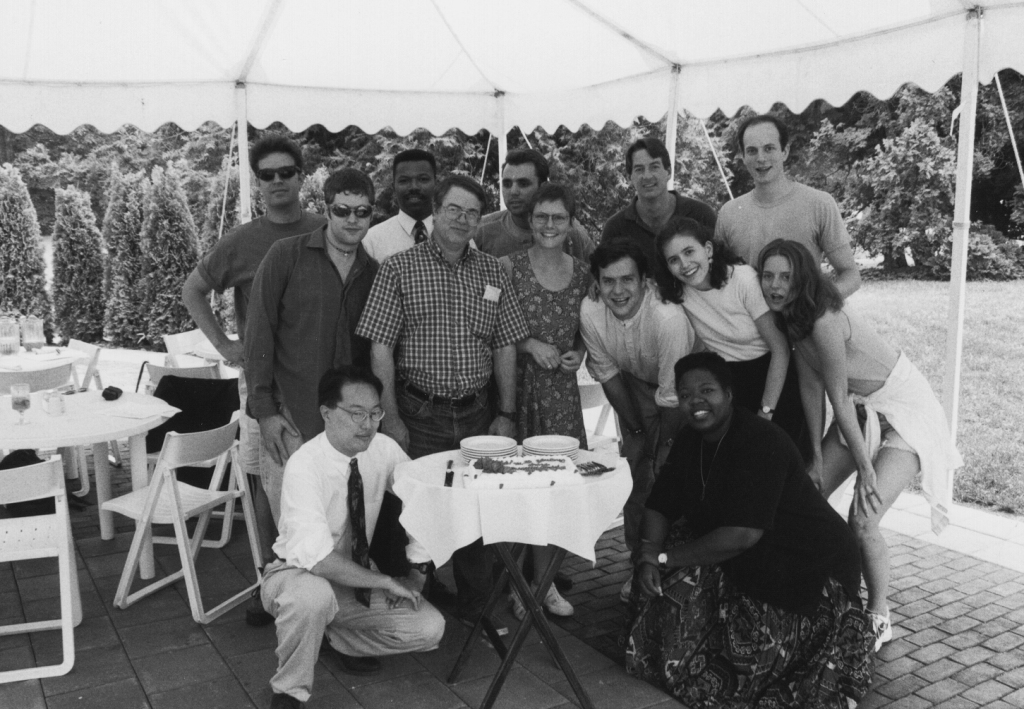 Listen to “Finding Someone Else”

Two decades ago, I made a feature film called Beyond Expectations (you can see a production still in my main page slider). It played at a few festivals and was a decent hit with 20-somethings. But it was a rough piece of work. Shot on 16mm film, I look at it periodically and wonder “Why didn’t I do ______? Or ______?” Many of these ______s were actually in my director’s notes, but in the crush of schedules and no-budget improvising, I neglected them. I am indebted to everyone who poured time, talent, and treasure into the project, and if I harbor any regrets, it’s only that I didn’t do better by my cast and crew.

One aspect of the film that turned out better than I expected (okay, fine — that went beyond expectations) was the music. Richmond composer John Winn wrote several jazz pieces at my urging (because Beyond Expectations was going to be the new Annie Hall). Recording them with his cohort was some of the best fun I had, in part because the creative execution was all on them. I just offered tidbits like, “play that slower,” or “let’s try it without the sitar,” and marveled as they made my requests reality.

I finally bought a cassette-to-digital converter. So now, 20 years later, you too can enjoy “Beyond Expectations: Music from the Original Motion Picture Soundtrack.” Thank you and bravo, Maestro Winn.