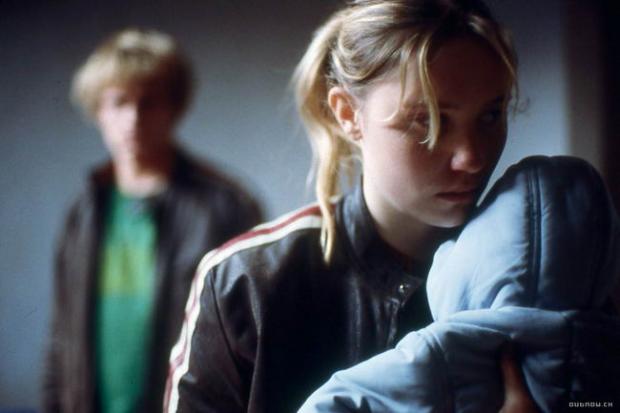 The Son and The Child (Jean-Pierre and Luc Dardenne)

The Belgian Daredenne brothers, who made Kid with a Bike, also crafted these two movies with similar titles. The Son (Le Fils) is about a man (Olivier Gourmet in a masterful performance) who ends up tutoring the youth who murdered his young child years ago. Who is the “son” of the title — the dead child, the murderer (who may or may not reform), or the Son of God? That’s not an idle question, since the central focus of the film is forgiveness, even in the absence of repentance.

The Child (L’enfant) of the title is not meant to stand in for Baby Jesus — or is he? The film focuses on a young, unmarried, itinerant couple with a new baby. Bruno, the father thinks nothing of giving him up, only to realize he’s forfeited his very life. The nonchalance with which Bruno sells the baby for cash is not surprising if you have seen other Dardennes films. Neither is the reaction of Sonia, the mother, when she finds out. How do the filmmakers work through this wrenching, highly emotional moment without devolving into screaming and recriminations? That moment separates this and the other Dardenne brothers’ works from the predictable movies of lesser artists. 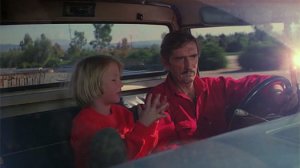 I haven’t seen this movie in a long while, but I always remember it. In many ways, it’s the quintessential American film — it’s a road movie, a story about fractured families, and a meditation on our origins. It’s telling the film starts with a helicopter shot of a vast desert. For the American, our past is just as void of tradition; we have, like Harry Dean Stanton’s Travis, an amnesia of our past. To “find ourselves,” we must restore our family — in this case, a wandering father, a wayward mother, and a son being raised by Walt and Anne, Travis’s brother and his wife. Unlike the traveling Travis and the seeking Hunter, the surrogate parents are depicted as stable and conventional. However, there is never a question they would care for Hunter indefinitely — this is what families do. The brother is played by Dean Stockwell, who could very well be Harry Dean Stanton’s brother. And for a thoroughly American movie, it’s notable that the two women are played by Aurore Clément (French) as Anne and Nastassja Kinski (German) as Jane, Travis’s wife. The director is the German auteur Wim Wenders, but the screenplay is by the great American playwright Sam Shepard. 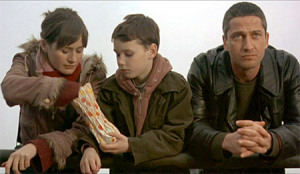 Like Kid with a Bike, Dear Frankie is everything one could want in a movie. The film begins with an intriguing set-up: a mother tells her son his father is away at sea. In reality, Lizzie, played winningly by Emily Mortimer, has fled an abusive marriage to Frankie’s father. Frankie writes letters to his fictional father and tracks the movements of his ship on a wall map. When the ship is due to make port in their new home, Lizzie knows the gig is up and scrambles to find someone to play Frankie’s dad for a weekend. That task falls to Gerard Butler, who enters the story the same way a wandering gunslinger strolls into town — a man without a name and a past, but bearing a vague air of menace. How the Stranger takes to his assignment, and how Frankie takes to him, is the spine of the film, but the meat is provided by Lizzie and her story. Dear Frankie is an exceptionally artful balancing act — between fear and love, between woman and man, between danger and security. The subplot with Frankie’s real dad supports the whole story and sets the stage for the powerful narration by Frankie.

In his New York Times review, Stephen Holden criticized Dear Frankie as a “manipulative tearjerker” unsuited to the art house. He is correct. The film uses all the tools in the truck to coax tears from even the most hardened cynic, and it is not meant to be an art film in the way Persona or Weekend aspire to be meditations on pain or anomie. But that does not mean it’s an unworthy film. Rather, Dear Frankie is, like the other movies on this list, understated and restrained, relying on acting and cinematic technique to convey emotion. The production design and photography reduce the color palette to the earthy hues to underscore the lack of options available to Lizzie and Frankie. The main color foil is the deep blue ocean — where the idealized father resides. Dear Frankie is also helped by the universal longing for a whole family. In that, the film both boldly flouts social fashion, where family is “what you make it,” and depicts a threesome play-acting at a family to erase the pain caused by the biological father. The mother is both all-loving and fiercely protective. The father figure is both protective and quietly loving. The child is both innocent as a dove and wise as a serpent. Is Dear Frankie a fantasy where the world-weary single mom lands the perfect partner and also discovers her son thinks the world of her? Yes, it is. But the film accomplishes this with such skill that only the most insufferable churl (or film critic) would deny the gift of its pathos and hope.

I don’t find it inconsequential that Dear Frankie is a female-led production. The writer, producer, production designer, cinematographer, and director (Shona Auerbach filled the last two roles) are all women, which is unusual, even for a movie of this modest scale. I joke with my wife that this is my favorite “chick flick.” In reality, it’s one of my favorite flicks about father, mother, and child. Strike that, it’s one of my favorite films, period.

« Father, Mother, Child: Five Films
Hypergraphics and the people who envy them »