Hypergraphics and the people who envy them 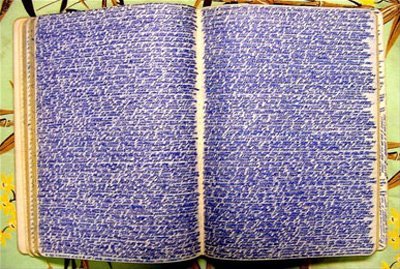 “Comparison is the thief of joy” – attributed to Theodore Roosevelt

I’m writing a book. It started as a screenplay, but on draft three, I realized it bore a fundamental flaw that wrecked the entire story. So I started writing in prose form the thoughts and observations of the various characters in order to get into their heads. I am still writing this story and, what’s more, I’m enjoying it.

Is it a good book? Is it worth reading? Who knows? I’ve avoided writing long-form prose because I’ve never felt I had the knack. At times, I feel like I’m wasting my time on a futile exercise. At other times, I tamp down the doubt and just barrel ahead. Why not? I say to myself. I’m writing.

In this story, a key character is afflicted with hypergraphia, the insatiable compulsion to write. In my research, I discovered the following people were or are hypergraphics:

It’s the last entry that most interested me, because Asimov has long been my writer role model. I love his writing – evocative, yet easy and fluid. He’s famous for writing eight hours a day, seven days a week. He wrote novels, short fiction, scholarly papers, popular science, science fiction, mysteries, children’s literature – you name it. And now I discover he had a pathological compulsion to write.

Or did he? He was not diagnosed, just suspected, as are the other entries on this list. In fact, much of the literature on hypergraphia lists Ezekiel as the first (possible) hypergraphic. Of course, that takes no account of his heavenly commission. It also does not account for the sort of unstoppable mania that afflicted Alice Flaherty. I question whether the work of certifiable graphomaniacs compares with the disciplined works of Franz Kafka, J. K. Rowling, or any of the other authors (such as the ones listed above) who supposedly suffer from what can be a crippling mental disorder. In my opinion, the comparison is, at best, inept.

When it comes to art, perhaps all comparisons are inept. I say this because I did not merely try to emulate Asimov. I constantly felt inadequate compared to him. The last time I wrote eight hours in one day was back in my young bachelor days. I struggled to squeeze six hours when I sequestered myself on a writing retreat in the woods. When I read that he suffered from an indicator of temporal lobe epilepsy, how my heart leapt! I had no reason to feel inadequate because the man had an unfair advantage!

You see how twisted this train of thought becomes. Perhaps this is why prolific writers are suspected of mental disorders. For all we know, the “experts” doing the “diagnosing” are frustrated writers themselves. It matters not! Comparisons of this kind are indeed the thief of joy. Therein lies the real disorder of the mind.